T STAR’s TSat boasts an innovative approach to the original schematic of the CubeSat. The TSat’s design has been optimized for efficient machining and assembly for large-scale production. TSat is also easily scalable, allowing multiple 1U units to be linked to meet customers’ needs. 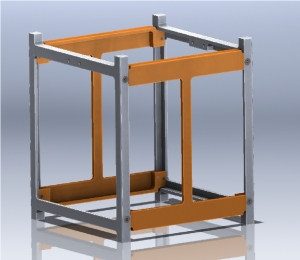 The chassis is uniquely designed for our TSat. As you can see from the models below, it features panels that maximize the available internal volume of TSat. 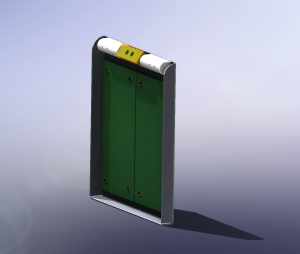 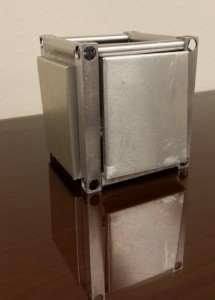 The Interrobang Board (IB board) has been fully conceptualized and designed by Texas A&M’s ESET Program. They are currently building the Beta model of the board, which will be ready for testing by the end of May. The board consists of a microcontroller unit (MCU) that will act as the processing unit for the TSat, and it will also have an integrated transceiver for communications. The board has ports that will support different types of payloads, multiple subsystems, and other miscellaneous components. 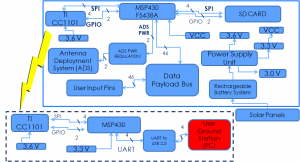 TSats feature the Modular Integrated Stackable Layers stack, or MISL stack. The MISL stack architecture was originally designed by NASA and is now a joint development project between NASA and Texas A&M’s ESET Program through a NASA-ESET partnership. The MISL stack is a space qualified, open source platform that contains different capabilities that can be configured as small sat subsystems, including an intelligence board, power distribution board, a comm board, and many more that are currently in development. The goal of the MISL stack is to provide a standardized, cost effective, space qualified platform that can be easily modified and feature a simple “Plug and Play” installation capability for small sats. 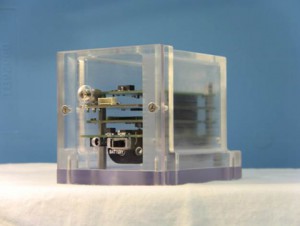 Along with the chassis, MISL is designing the antenna.